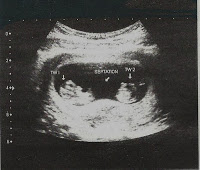 Your brother’s blood cries out to me from the ground!

For the director of music. Of David. A Psalm.

For you created my inmost being; you knit me together in my mother’s womb. I praise you because I am fearfully and wonderfully made…my frame was not hidden from you when I was made in the secret place. When I was woven together in the depths of the earth, your eyes saw my unformed body. All the days ordained for me were written in your book before one of them came to be. (Psalm 139: 13-16)

Today, Sunday, January 18, 2015 is “Sanctity of Life” Sunday. God is the author of life. It is a precious gift from Him. He creates life and only he decides when life should end. See now that I myself [God] am He! There is no god besides me. I put to death and I bring to life, I have wounded and I will heal, and no one can deliver out of my hand. ( Deuteronomy 32:39)

On “life” Sunday on year ago my Pastor offered a thought provoking comment when he stated in his sermon; It is legal to kill an unborn child, but it is against the law to remove or destroy the egg or eggs in the nest of an American Bald Eagle. Anyone caught doing so would be arrested and put into prison. There is something wrong with that picture. What is this nation we live in coming to when we value the life of an animal/bird over and above that of our children who are created in the image of God? It is very sad.

Do you know the story of Cain and Abel from Scripture? If you haven’t had opportunity to hear or read the story, open your Bible to Genesis chapter 4 to read it in it’s entirety. In short however, Cain murdered his brother Abel and after he did so, God came to him and asked him; Where is your brother Abel? Cain denied murdering Abel by answering; I don’t know. Am I my brother’s keeper? But God said to him; Listen! Your brother’s blood cries out to me from the ground. (Genesis 4: 9, 10)

Children are gifts from God. When we destroy that little life in the womb we are committing murder. We are taking His precious gift and throwing it in the garbage. The blood of these many children is crying out to God from the ground just like the blood of Abel so many years ago!

Someday those who promote murder of the unborn will have to answer to God for all the lives they have destroyed. Our God is all powerful, present everywhere, and has 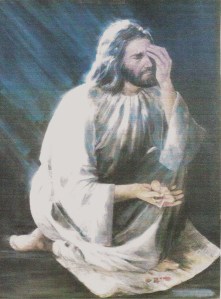 What have you done?

all knowledge. There is nothing we can hide from Him. He is aware of each little child that has been destroyed through abortion and discarded as garbage, and on the day these people face judgment, he will ask them; where are those millions of precious children you destroyed? Listen, their blood cries out to me from the ground. Unless those involved repent and turn from their ways they will be punished.

As Christians it is our duty to do all we can to support life. Young women who are facing a crisis pregnancy have been brain washed by our society into thinking that getting rid of their unborn child is not a big deal. We need to inform them – tell them that even though it isn’t against the laws of our government, it is against God’s law. It is morally wrong and it is a sin – a sin that will haunt them the rest of their lives.

I would like to share with my readers some facts which were printed in our church bulletin by Christian Life Resources, a pro-life organization affiliated with our church body.

If you would like more information about Christian Life Resources, or would like to learn how you can make a difference for “life”, you will find a link to their site listed on my Blogroll. They also support life for the elderly and those with terminal illnesses.

The Little Children and Jesus

People were bringing little children to Jesus to have him touch them, but the disciples rebuked them. When Jesus saw this, he was indignant. He said to them, let the little children come to me, and do not hinder them, for the kingdom of God belongs to such as these. I tell you the truth, anyone who will not receive the kingdom of God like a little child will never enter it. And he took the children up in his arms, put his hands on them and blessed them. (Mark 10: 13-16)

This site uses Akismet to reduce spam. Learn how your comment data is processed.